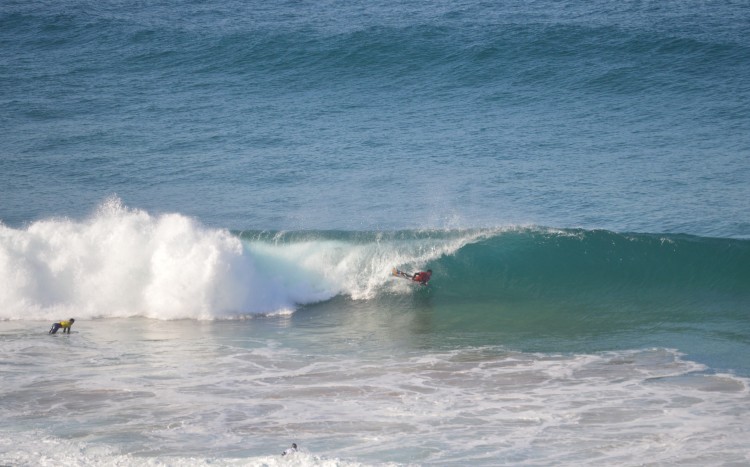 Event two of the In-house Tour 2015 of the ‘Associação de Bodyboard de Sagres’ (ABS) was held on Saturday, February 7th, at Tonel Beach, in Sagres. Francisco Pinheiro, top 13 Portuguese national bodyboarder and ABS president and coach won the event in the Open competition group. His girlfriend Joana Schenker, European and Portuguese Champion, won the women’s competition and young Tomás Rosado, only 14 years old of age, won in the Under 18 category.

The club event had a five star cast of top Portuguese riders, all of them athletes representing ABS in national and international events, namely the brothers João Pinheiro (top 9 Portuguese bodyboarder) and Gonçalo Pinheiro (top 4 Portuguese rider and Under-20 champion). Also Tomás Rosado (top 3 Portuguese Under-14 rider) and Diogo Sousa (U-16), who got the highest wave score (9,5) with a tube on the first heat of the championship.

The conditions were very good at the early hours of the club event with 3-4 feet waves and great tubes. The rising tide was delivering smaller waves at the beginning of the afternoon, when the contest ended. Event 3 of this tour will be held in March 7th and 8th.