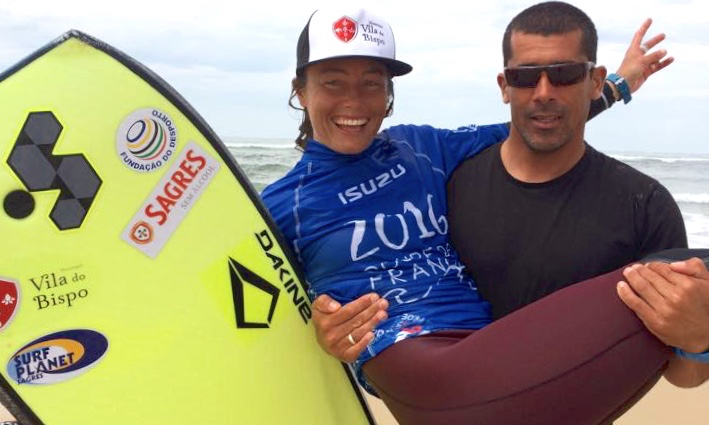 Joana Schenker (Bodyboard Association of Sagres) won the La Salie Pro in France, Event 1 of the European Circuit of Bodyboard (ETB) 2016. It was the second consecutive victory in this annual event achieved by the Algarve bodyboarder, which is the Portuguese women’s national Champion (2014 and 2015) and also European champion in title (2014 and 2015). “I am delighted with this victory. It was a very difficult championship because great names of women’s bodyboard were here”, said Joana Schenker, for Swell-Algarve. One of her strongest opponents was the Portuguese Teresa Almeida, runner up in the women’s event. 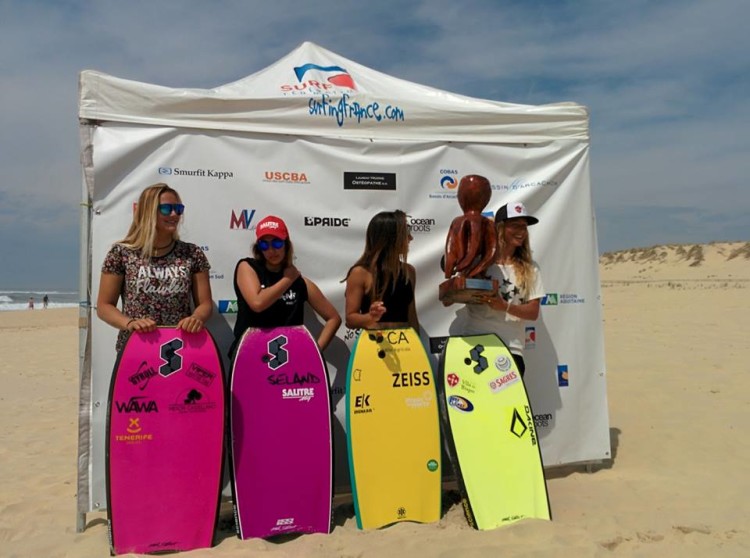 “Three world champions (Alexandra Rinder, the world twice APB champion; Anne Cecil Lacoste, ISA 2015 champion; and Teresa Almeida, ISA Champion 2014) were here in France and I Faced two of them in the semi-finals”, said Joana Schenker. The Algarve athlete faced Alexandra Rinder and Anne Cecil Lacoste in the semi-finals. Joana lost to the world twice APB champion but eliminated Lacoste and qualified for the final.

“Both the semi-finals and the final were super played heats to the end and it all ended up going well for my side”, said Joana Schenker, for Swell-Algarve. At the women’s final, Teresa Almeida took over the main role, the Spanish Madi Fernandez made the best wave (6.75) and Joana Schenker came around with her last wave (6.05), achieving victory in the event. “It’s good to start the circuit winning but there are still many events before the end”, concluded the Algarve athlete. 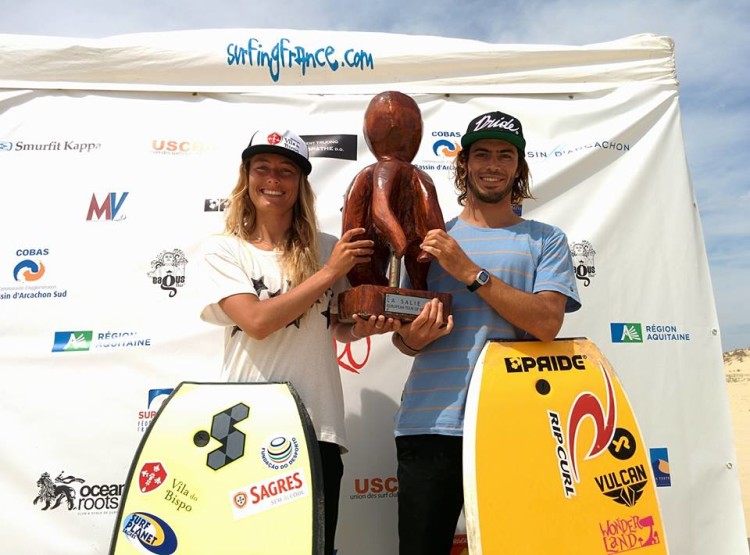 Joana Schenker was the Women’s winner and Pierre Louis Costes won the Open. Francisco Pinheiro, Joana Schenker’s coach and boyfriend, competed in the Open and was the only Portuguese in the Men’s event. The Algarve bodyboarder lost 4th in his Round 2 heat, the first one he disputed at the event.

The Open was dominated by Frenchman Pierre Louis Costes and Moroccan Anas Haddar, who competed on opposite sites of the draw and swept their paths to the final with high scores of 16 points. At the final they waged an intense duel, decided in favor of the French.

Hard Day at Sea in Portimão