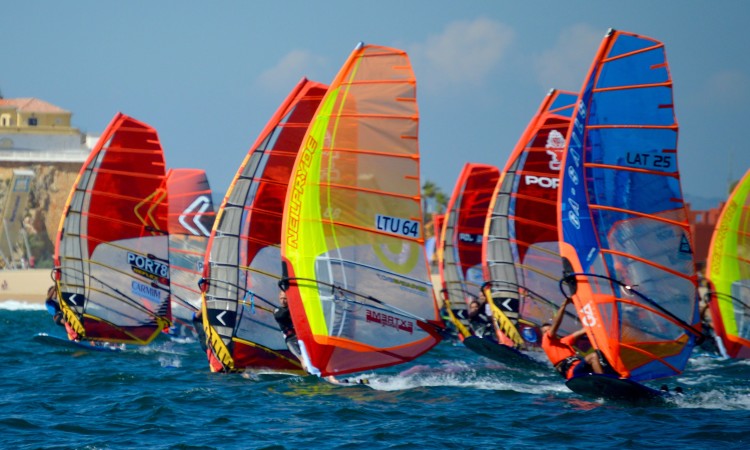 Miguel Martinho put on a brilliant display for the first day of regattas at Praia da Rocha. The local windsurfer did not give any chance to the competition and completed the three races with a large advantage over opponents. The sailing of the Portuguese national champion is far superior to the opponents at the championship in Portimão and today’s performance makes believe that the local athlete will arrive Sunday in a position to win the overall results and claim the European Formula Windsurfing title for Masters. 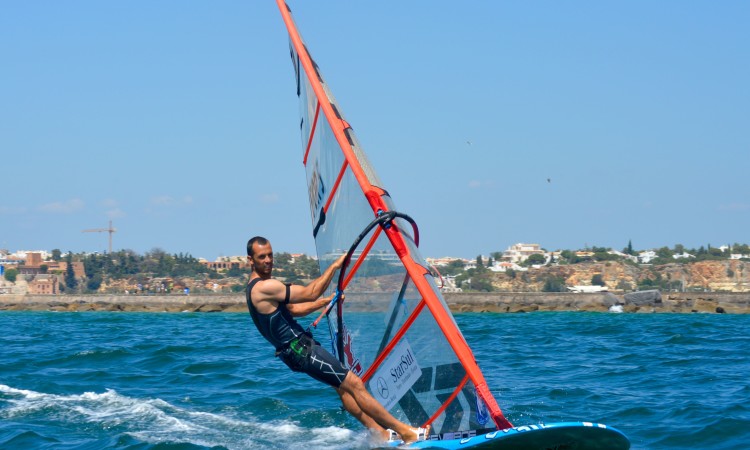 The European Championship at Portimão began Wednesday. Three races were held during the afternoon, with a lots of emotion and action off the ‘Praia da Rocha’. The first race stirred tempers, because many windsurfers were late and failed to start within time. Emotions boiled over in the second race, with an uneven start, which forced a general call and the start replay.

The first race was run with 12 to 13  knots West-Northwest wind. Strength and direction remained for the second race, but with some ‘holes’ in regattas field. After a 45 minute pause, windsurfers went on to the third and last race of the day, with more stable wind. 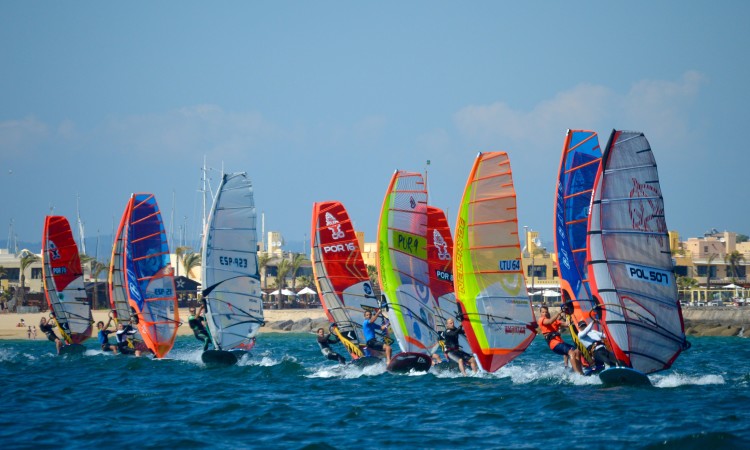 The day ended with two windsurfers from the Algarve in the first two places of the overall standings: Miguel Martin and Vasco Chaveca, both Masters and representing the ‘Clube Naval de Portimão’, organiser of the event. The duel for second place was fierce, with Briton David Coles to give ground only in the last race of the day.

The contest runs until next Sunday with a 15 race program for 5 race days. The championship is being disputed by 26 athletes representing several countries: Portugal, Spain, Italy, UK, Lithuania, Latvia and Poland. 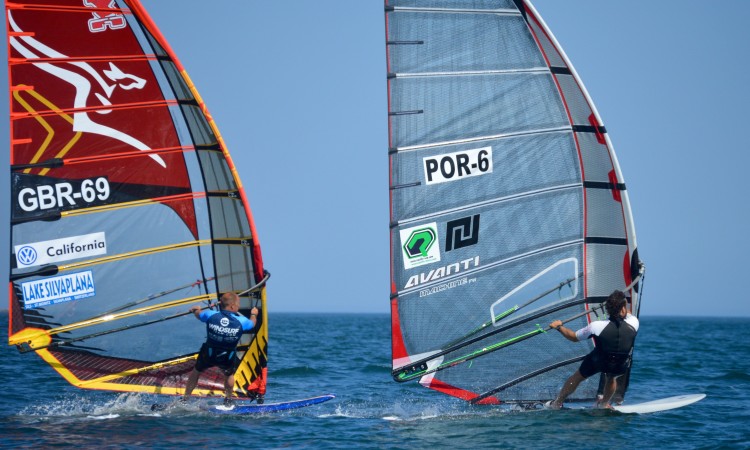 The Swell-Algarve confirmed that the Championship at Portimão will not award the Youth and Women European titles because there is only one athlete in each group in competition. There will be podiums overall, GrandMaster and Master and the winner in this last group will be the European FW Masters Champion 2016. 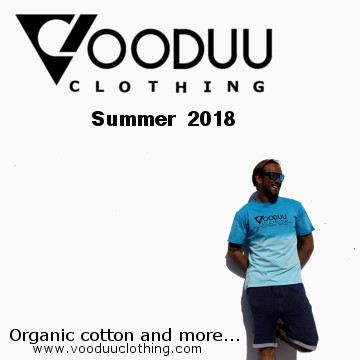